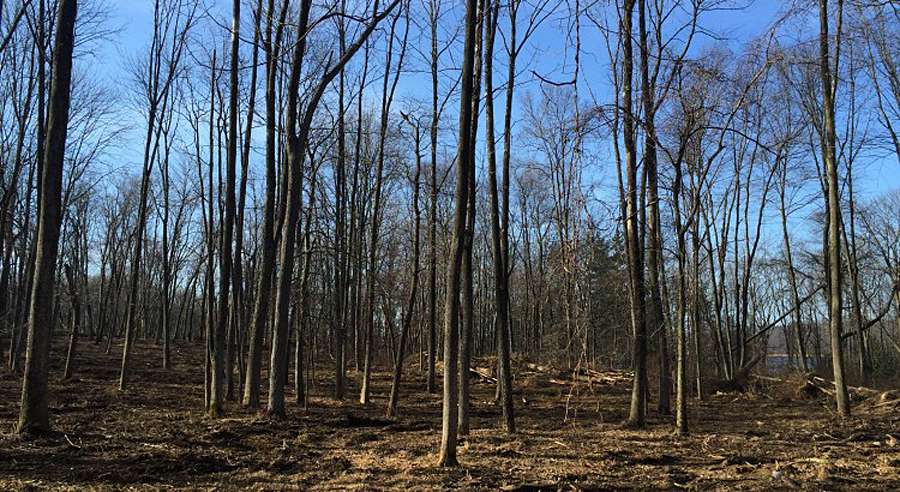 Merrill Creek Reservoir (MCR) staff is working with New Jersey Audubon Forester, Don Donnelly to re-forest an area of the Environmental Preserve.The area encompasses a peninsula of land where volunteers and other naturalists conduct ecological surveys, informal research on flora and fauna, and forest stewardship demonstration projects. The forests of the environmental preserve were hit hard during super-storm Sandy and have not fully recovered because of the proliferation of non-native plants and high deer herbivory that plagued the region during the past decade.

The first step of the plan is to use a forestry mower to remove existing undesirable non-native vegetation and shrubs, then replant the site with approximately 500 trees per acre on an 8’ x 10’ spacing. This will allow us to mimic natural tree regeneration densities, which will help to minimize non-native plant re-emergence. MCR received a grant from the New Jersey Tree Foundation for 2,500 trees of several species to promote future resiliency of the forest. The trees will be protected by an electric fence system along the perimeter of the planting to protect the seedlings until they reach at least 6’-7’ tall. The trees will be planted by college and high school interns who are studying within the environmental field.